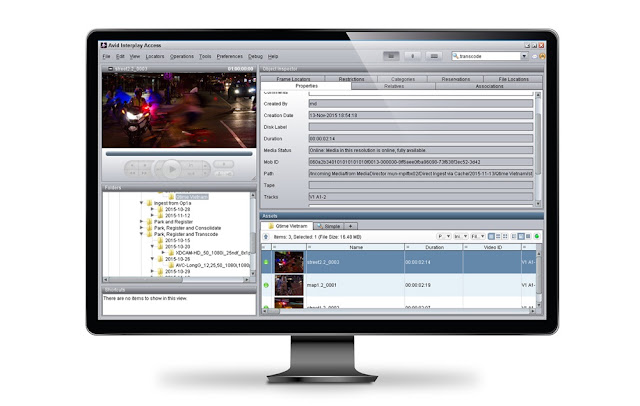 For an Avid Interplay environment it is important to establish routine checks. For larger systems these should be performed daily but for smaller houses a simple check once a week should be enough to keep tabs on things. I would also strongly recommend email alerts where possible to help establish critical issues as and when they happen (failed RAID sets and failed ISBs on ISIS systems for example).

The VERY Basics
Avid Interplay is a Production Asset Management system –PAM, that is designed to interact with and manage media held on an Avid shared storage system. Every Interplay environment has a number of Core components that should be monitored.

Depending upon your environment it may well be that you have a number of these core Interplay Servers which offers resilience through redundancy and load balancing. All other servers that then go around this will add functionality, such as Transcoding, Consolidating and Delivery servers. Should these ‘edge’ devices fail then that specific process, ‘Transcoding’ for example, will be lost but the overall systems function will remain.
Should, however, the Interplay Engine, Media Indexer or Look Up Server fail then the entire system will grind to a halt! This is obviously something to be avoided.

As an engineer, you will be =expected to maintain the system, but it’s better to have checks and monitoring in place and catch an issue before they become potential disasters. So what are the basics we should be checking for on a simple system, and even complex ones?

These first set of checks are with reference to a simple ‘single instance’ of the core systems I described earlier. In a later post, I will discuss the needs of a more complex system with multiple redundant servers. Let’s look at an example system that is made up of an ISIS 5500 with a simple small Interplay system made up of a single Interplay Engine, Media Indexer and Look Up Server.

Grouping the test via server here is a step by step guide for my once a week checks.

Avid Interplay Media Indexer and Look Up Server.
Run the Avid Health Monitor from any client running Avid Service Framework. This is a tool that monitors the Interplay Framework that binds all the systems together within Interplay.


Avid changed the way Media Indexers worked in the 3.5 release of the product (3.7 is the most current as I write) These later versions no longer need the Avid Service Framework and so maintaining these is now different. Use the Avid Guide HERE to get more information about working with Media Indexers 3.5 and higher.

Extras
For all servers, it’s also worth noting how long a process or server has been running for. This can be seen within all process under the Current Process Information. I personally like to keep the Running time to below 1000 Hrs on lightly used systems.
The example below shows a running time of 425 Hours on a lightly used Media Indexer.

This is by no means an exhaust list of what you need to do and nor does it outline your needs as an engineer for how to address the issues found.

I'm offering this list purely as a starting point to help you look in the right places to keep tabs on your system's needs and tweak over the top of this little list more tests that are appropriate to your site's needs.

Avid also publishes a Interplay Best Practices guide that outlines some check and what needs to be done to maintain a system. I would strongly recommend that you download the guide and read through it to establish what is and is not relevant to your site.

For more reading download the detailed guides for Interplay and get yourself on an Avid Interplay course!