March 30, 2017
I work in and around Auckland in New Zealand as a Post Production engineer and so you bump into people in a number of locations in and around the city. Here's a few short interviews I've done with various editors, engineers and operators within the Post Industry. 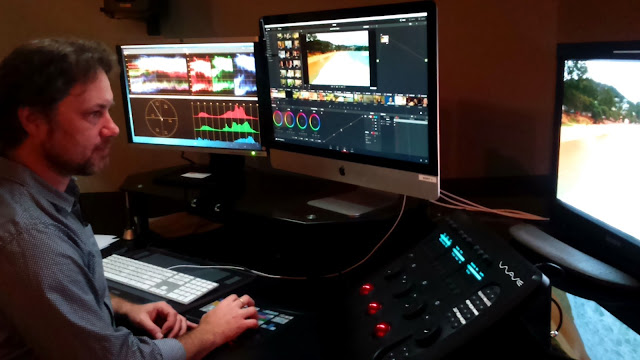 Daniel at VTR Edit Suite One


Daniel is the resident online editor and grader at VTR in Auckland, New Zealand. I caught up with him in VTR's main Online suite, for a brief chat about his experiences in the industry and what goes on at VTR.

The room is equipped with a 27" iMac with a BlackMagic UltraStudio 4K for video output to a SONY TriMaster PVM-2541 monitor looped from a Black Magic Scope for HD-SDI monitoring. There's also a Tangent Wave panel tucked under the monitor for easy access.


I started out finding out about Daniel and his back ground.
How long have you been editing for?

"I've been editing now for just over 20 years. I started in linear suites with Digi Betas. The first time I cut a film it was actually on pneumatic! Actually, when I first got a job I was given a corporate job and was thrown into U-matic suite and they said "There you go, you can cut this thing." and I did (laughs.) And that was my first official real edit. Someone actually paid for my services!"

Having such a long back ground in television I asked him what was his, and VTRs,  editing weapon of choice.
What is your main editing application?

" Avid Media Composer is the main editing platform here at VTR. I am moving more to the Resolve for editing, as its getting better and better. I'm really impressed with the improvements they've made. So I'm thinking if I'm not using Media Composer then do I need to edit in it? I have a choice, do I cut it in Premiere or in Resolve? As we work in television and long form work, we tend to use Avid in these circumstances, but for smaller projects, why not use Resolve, for shorter things I've shot myself that's the way I'm heading. Hey and its free. "

Editing is one thing but what about grading?
How did you become involved in grading?

" I started out in Australia as an Online editor and so I was trained to produce finished articles or programmes. So this involved everything from 'legal' video signals right the way through to graphics and visual effects. So I've always been aware of the image quality and look, but at the time we had very little control over it. Where I then worked, we didn't have the luxury of a grading suite. But I ended up with a Media100 and found I could play with the colours without the need for DVE's and expensive hardware. But at the time, the facility was worried about the picture quality and so it never got any further than that, it was still an offline tool.

But then I, and time, moved on. I moved to TVNZ here in New Zealand in 1999 and started out on the Quantel EditBox still as an online editor. It was here that I was expected to really add to the programme look and feel. Then I started to use the Avid Media Composer systems and then Symphony, as it was at the time, which is where I really started to play with 'grading' If indeed you can call it that in Media Composer. From there it was a natural progression on to DaVinci Resolve, which has such a massively expanded tool set over the likes of Symphony and therefore so much more control and possibilities. " 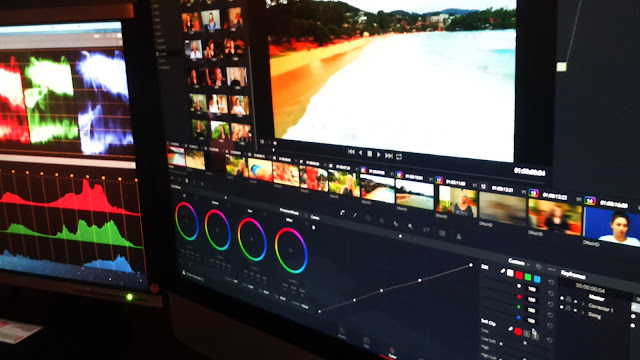 DaVinci Resolve, the grading choice for many

While not getting into the technical ins and outs I asked what his approach was to grading.

How do you approach grading?

" I like to get the best from an image and match it to the customers or films needs. So I start out by correcting the image for in camera issues, white balance poor lighting etc and once I have established this then this is where I can really start working on the look and feel of the image.

I'm not formally trained on Resolve and I'm not a slave to the interface (Tangent Wave panel). I like to start with the mouse and use the curves to get we to where I want to be and the use the surface, power windows and nodes to finesse the image further still.

If we have a commercial then we will tackle it differently to that of a documentary, and this is also in response to the Director or Producer who's program we are making for them.

At the moment we are doing a reality TV series and these need some work to give the show the look and feel the producers want. So I want to give the image that upbeat feel and make it punchy and bright to give that energy we're looking for. "

Using Avid and Resolve I was keen to see what the round tripping was for the facility.
Whats your workflow with the Avid?

" Obviously there are different workflow depending upon what we need to deliver and here (VTR) we do some commercials but most of of time is spent producing series content for television. We obviously have lots of different camera types we have to work with, which also means different codecs, so I use the Avid to build the edit in the clips source codec and then to make life simple, and its within the delivery standard, I then mix down the entire timeline in the Avid to DNx185X and then pull this into Resolve. I then use the 'scene detection' in Resolve to in effect, rebuild the edit points within the flattened files. This means I can then grade the show and then export it back out which I can then pull back into Media Composer and place it over the original edit. Job done. I don't have to worry too much about working with the original footage so using the mix down means I don't have to worry about linking back to the original footage.

The timescales we have for each episode means that we don't really have the luxury of  time to access the source footage, this means were all about speed and through put.

When we've locked off the edit the Edit Assistant will prep the sequence by removing any grade effects from the edit. This is a great feature on Media Composer now its finally here and then they'll mix it down the video to DNx185X. Once this is done I'll then pick it up of our Avid NEXIS and start on the grade, which, depending upon the content and look needed can be anywhere up to 2 days. " 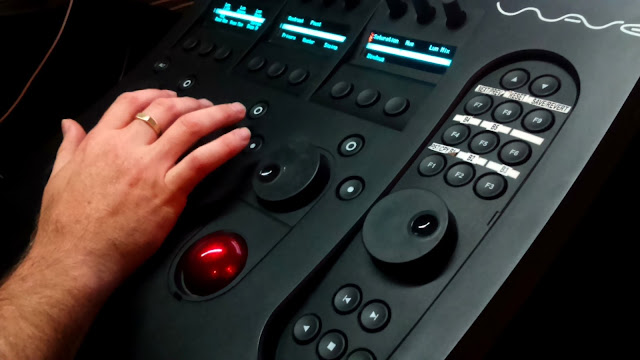 Having been around for some time I was also interested what Daniel thought of the direction of Finishing and Grading.
Where do you see the industry going?

" If you're a small production house or student even, you go and buy a 500 dollar camera, shoot something, hook it up to your laptop and edit it together then the final stage is the finishing. This is where the expertise comes in and education comes in.  We all have access to this technology but its having that final technical knowledge that really separates people out.

I still see Finishing as a final stage for people who are serious about their productions. Audio needs to be mixed to a certain loudness just like video needs to be certain levels. So there's areas even outside of the picture that people will still need to address. In short people will be able to carry out the majority of the basic creative process but I still feel 'finishing' will still need someone to ensure the codec is right and the program is both technically and artistically as good as it can be. "

A big thanks to Daniel at VTR for making some time for me to come and have a chat!